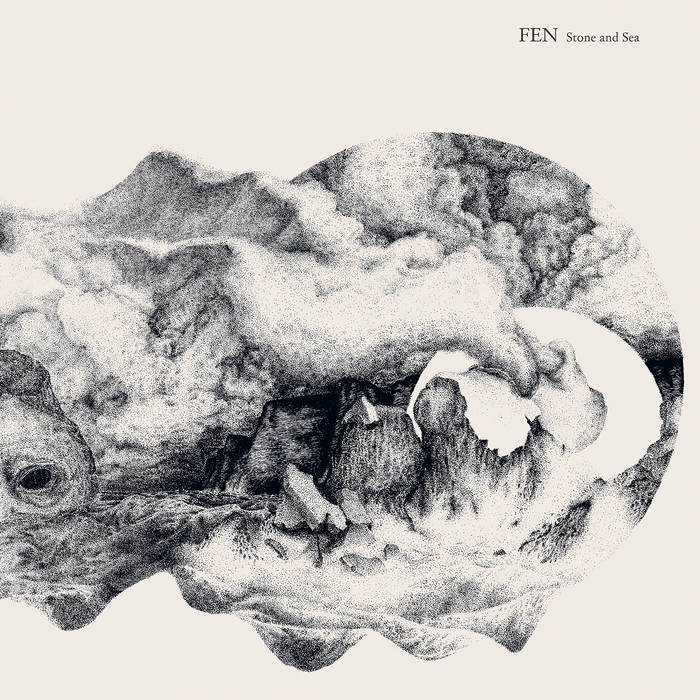 For over a decade, FEN have steadily developed into one of the most intriguing bands within the UK black metal scene. Often bracketed within the post-black and "shoegaze" movements, the London trio’s sound is actually more unique to themselves – a startling paradox of searing and aggressive paradox within a progressively daring and ambient beauty.

Starting out with a pastoral form of atmospheric black metal on 2009's acclaimed debut The Malediction Fields, the trio's sound has expanded and diversified considerably across five full-length albums to embrace a number of different elements all honed and synthesized into a distinctive, yet captivating, soundscape. In late 2015, the band recorded a three-track EP, entitled Stone and Sea, which was a deliberate hearken back to their older, more explosive, sound whilst retaining the maturity the English trio had developed across the years. The intention was to record something ‘for themselves’, to escape from the album cycle for a time and work on a self-contained piece.

Recorded, produced and re-mastered specifically for vinyl by Greg Chandler (Esoteric, Lychgate, Grave Miasma, Fluisteraars), these tracks take the best aspects of post-rock and black metal and intertwine key elements of traditional folk to create a masterpiece laced with a definite touch of the "epic."

'Stone & Sea' is a tribute to the crumbling coastlines of Eastern England and the spirits that lie restless beneath the waters.